When Claire Reed, a single mom, loses yet another job and the medical bills keep piling up, she's desperate enough to work for Haden Sawyer, Mr. All Business. But once she takes the job, she finds it hard to ignore the spark of attraction between them. She's given her heart before and can't afford to have it broken into a million pieces, again.Haden can't help it if everyone believes his ex-fiancé is the one who called off the wedding a year ago. It's a little white lie, he didn't bother to straighten out. What could it hurt?But with his ex-back in town and his Aunt Adele trying to fix them up, he needs to find a new fiancé and quick. And Claire Reed is the perfect candidate - smart, beautiful, and someone he wouldn't mind spending more time with.

Too bad neither one of them knows what Adele is really up to and just how crafty she can be.

If you like crazy southern families, midnight kisses, and happily-ever-afters then you'll love Bonita Y. McCoy's Truth Be Told.

Julie Wilson ran away to Miller Creek leaving the Casanova who broke her heart behind. Now, she’s ran smack dab into another sweet talker, with killer blue eyes and a great sense of humor. There’s no denying the chemistry, but when family issues pop up with her younger sister, can she trust him to help, or will his own business interests prove to be more important?

Jed Sawyer’s reputation sustained a heavy blow thanks to his Aunt Adele and his hundred first dates. He wants to settle down but not at the expense of being the center of town gossip. So, he’s made up his mind no more dates. Enough is enough.

Until he meets the new girl in town. The one with a quick wit and fiery red hair. Now, he must convince her the rumors aren’t true. But that might be easier said than done!

If you like crazy southern families, firework kisses, and happily-ever-afters then you'll love this story.

Love and forgiveness can be found in the oddest places!

Evie Anderson is trying to get home for Christmas. But when her car breaks down on an Alabama highway, her only help in sight is at a nearby inn.

To her surprise, the inn nor its owner are quite what she expects. One looks haunted, the other looks hot.

Now, with no way home, will Evie discover love and forgiveness at the Bethlehem Inn, or will she give up before she sees the truth?

Nick Russo wants a fresh start, so he's selling the family inn. He's lost too many people he cares about in his lifetime, and he's not willing to take any more chances.  That is until Evie Anderson knocks on his door and starts spreading Christmas cheer all over the place. Can Nick find room in his heart for this sassy southern woman, or will he close the door on love forever? If you like sweet romances, mistletoe kisses, and swoon worthy moments then you will love No Room In His Heart. 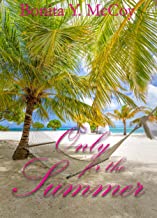 Too busy for love, billionaire Max Redington, takes a long overdue and meets a young concierge doctor who blushes way too easily. She's brilliant, witty, and beautiful, but she's closed off to anything that gets between her and her goals. With her "No Distractions" rule firmly in place, he decides to win her over despite her attitude toward him and his money.
Ryanne Stewart has trained for years to fulfill her dream of serving in medical missions. So, she's kept romance on the back burner. That is until a kindhearted, good-looking Texan becomes her patient and threatens to throw a monkey wrench in all her well-laid plans. She's supposed to be paying off her medical school debt and preparing to leave the country this summer, not falling in love.
Can Max win Ryanne's heart, or will her past be a barrier he can't overcome?

This sweet/clean contemporary romance of two strangers becoming friends- and then more, is a definite tuck-in-your-tote beach read. If you love feel good Hallmark romances then you'll love this sweet novella. 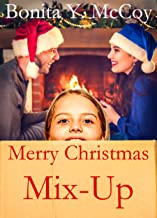 The U.S. post office has mixed up her mail, yet again. So, this time Beth King takes matters into her own hands and delivers the package, herself, only to be mistaken for the new nanny. As she spends the day with the little girl, she discovers they have something in common. They’ve both lost their parents.

Beth knows better than to get involved. She’s got a book to write. She’s got deadlines. But when the handsome uncle asks her to help over the Christmas holidays, the word “no” doesn’t seem to be in her vocabulary.

Ben Bennett is struggling to find his footing as a new parent to his four-year-old niece. When he mistakes the beautiful woman at his front door for the nanny, he is surprised to find she has a knack with Zoey.

With the preschool closed for renovations, he’s desperate, and this postal mix-up might be the perfect answer to his dilemma. But when Beth proposes that they give Zoey an over-the-top Christmas, Ben has second thoughts. He’s not sure Zoey’s ready, and if he were honest, he’s not sure he’s ready either.

This charming Christmas romance will keep you turning pages until the very last mistletoe kiss. 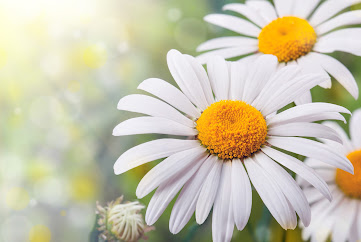 Bonita Y. McCoy
Hello! I hail from the Great State of Alabama where I live on a five acre farm with two cows, two dogs, four cats, and one husband who I've had since 1989. I am a mother to three grown sons who have flown the coop. I love God and I love to write. This blog is an expression of both these passions. Thanks for dropping by and visiting. Come again soon. Bonita Y. McCoy